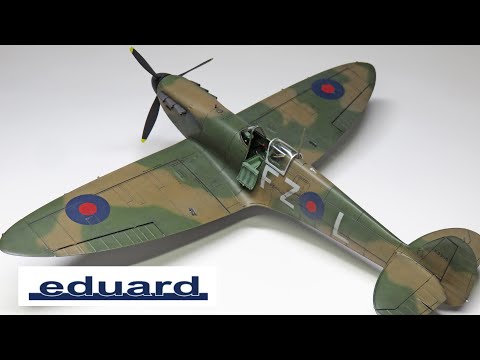 It was nice to see what all the fuss was about revolving around this kit. I only had one real issue with this build and that was the new Eduard decals. I couldn't get them to work, despite my efforts and assistance from Eduard themselves. I eventually decided to just use the spare decals that come with the new Tamiya Spitfire from 1938 since the paint schemes would be the same. I managed to botch up those decals a bit as well, mostly on the livery markings. That being said it was a great refresher on proper decal application.

When the model was completed I was really surprised to see that Eduard captured a lot of the proper profile shapes for an early Spitfire that other companies often overlook. It's a very fun and impressively engineered model kit.